How can our group leverage technology to be more productive, efficient and subspecialized?

This question is one many private radiology groups ponder. Finding an answer to the technology question is what led Dr. Mike Brown, one of the Managing Partners at Carolina Radiology Associates (CRA) based in Myrtle Beach, South Carolina, to encourage his group to transition from a highly disparate reading environment with seven different PACS and four dictation systems to a Unified Radiology Platform with one primary PACS and VR in April 2018.

A collegial merger with another regional practice in 2013, taking CRA to a 42-physician member group covering multiple hospital systems, offices, and urgent care facilities across the state heavily influenced the decision to pursue a comprehensive technology solution.

Dr. Brown and CEO, Dean Doucette, will share the CRA story at the 2018 Canopy Summit in October, including some true confessions of what worked and what didn’t work along the way.

One of the major takeaways CRA learned in their search:

To remain at the head of the pack you’ve got to make a cultural and financial commitment to technology and infrastructure. 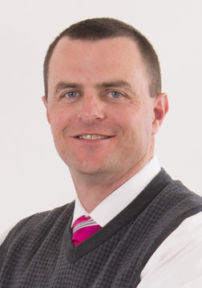 Radiologists at a Cross Roads

When Dr. Mike Brown joined CRA in 2005 some of their sites still used film. Over the next five years, they progressed to an entirely digital environment at all sites and grew their teleradiology business significantly. Soon the need to integrate with EMRs and RIS systems at various locations became painfully obvious.

Dr. Brown notes that “In 2011, we were using five different viewers and four different dictation systems (including multiple sites with medical transcription and no VR). This grew to seven PACS over the next three years.”

Then, in 2013, CRA pursued a collegial merger with a neighboring group, doubling staff and geographic coverage.

From Chaos to Consolidation in the Reading Room

“We had always prided ourselves on covering our call internally, sharing those responsibilities equally, and avoiding any outsourcing. However, we were now logging into seven systems each night on call, shuffling from one monitor to the next, with different shortcuts, hanging protocols, and dictation systems.  Clearly, this made our job harder,” says Brown.

Additionally, CRA had reached a critical mass on their ability to grow and expand the practice. There simply was no capacity to add new PACS systems.

The pursuit of unified solutions began in 2015 with Dr. Brown’s efforts to figure out the best way forward. Along the way, he saw the need for an experienced, trusted advisor to help guide this process.  In December of 2016, CRA engaged Canopy Partners. Together, CRA and Canopy successfully navigated the journey to launch of a Unified Radiology Platform this past April.

Defining the Scope of Your Unique Solution

Dr. Mike Brown has a background in computer programming. He knew that what he wanted was feasible – layering of technology, one unified solution that the group could control from start to finish.

But Dr. Brown knew that the devil would be in the details. “I knew Canopy was the right way to go for us; we’d already done the research. I knew that no one else was doing what Canopy does with the reputation for success that they have. Going it alone was just too complex. We’d tried single vendors, all saying they could meet our needs across different hospital environments. But none of these stand-alone vendors could deliver as promised,” according to Brown.

When Dr. Brown and Mr. Doucette presented their enthusiasm for investing in a unified approach to workflow and a new attitude toward serving up excellence in radiology across every single workstation, questions arose among the general partnership regarding costs and outcomes. “Canopy leadership was instrumental in getting buy-in because they showed hard data on what a potential Unified Radiology Platform could be worth to our group,” says Dr. Brown.

Once a decision was made to move forward, the more technical side of Canopy came into play with many meetings to help detail current workflow, desired future workflow, and what vendor options and configurations were available.

“The amount of work they saved us from vendor calls and long Webex demo sessions, consolidating the auditions to as few times as possible and maximizing the ability to compare and contrast products was substantial,” Dr. Brown believes.

Acting and Thinking like a Next Generation Radiology Group

“We understood the ordering patterns and how to track data. What we needed was a system that allowed us to go back to insurance providers, hospitals, and referring docs and show our value in the form of real numbers. We needed a unified work list,” Brown emphasizes.

Smaller groups are struggling today with the technology investments. Sometimes strategic partnerships are the answer to gain economies of scale. CRA hopes to become a partner for small groups that want to grow through cooperation and collegial mergers.

“We undertook this project not only to solve our current workflow issues, but to position Carolina Radiology to be a regional leader for hospitals, payors, and other practices,” shares Dr. Brown.

In summary, Carolina Radiology Associates has evolved dramatically since the start of reading exams on a single platform. The group is now the largest private radiology practice in South Carolina and is well on their way to reading more than one million studies per year within a seamless reading environment that consists of one PACS, one VR, one worklist and an interface engine. Their sites have been receptive and are excited about CRA’s investment in the medical community. The radiologists are happier and more productive. The group is well positioned for future growth and expansion.

Come to learn more about CRA’s journey at the 2018 Canopy Partners Imaging Summit where Dr. Mike Brown and Dean Doucette will share their story in a joint keynote address.

Learn more about the Summit or to register by clicking here.